Voted one of the top 150 Landscaping Companies in the U.S. 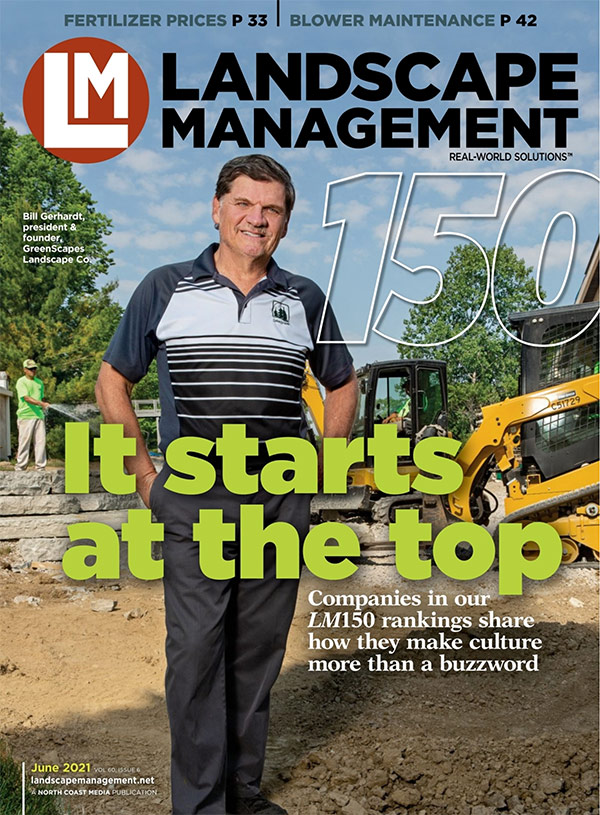 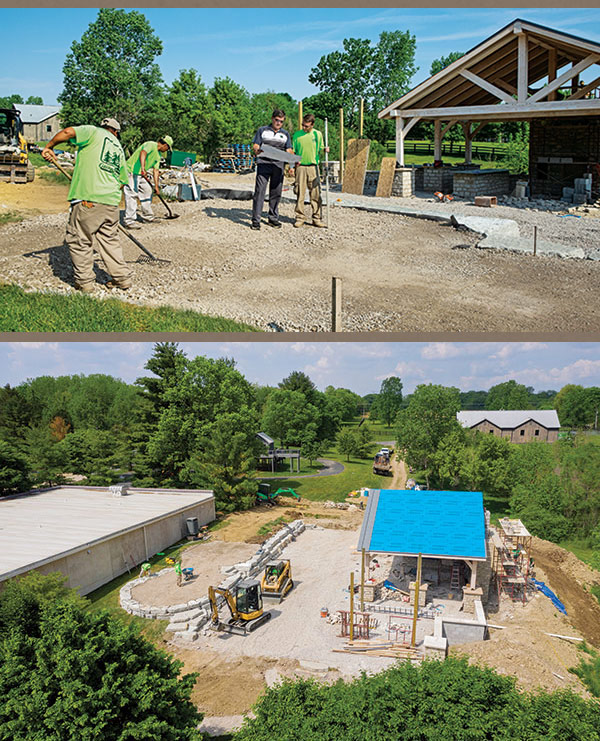 It Starts at the Top

The higher-ups at GreenScapes Landscape Co. lead by example to create a strong company culture that trickles down through the ranks

Since its inception in 1977 as a small six-employee company, strong company culture has served as the foundation for GreenScapes Landscape Co. in Columbus, Ohio.

“If you treat people with respect and work hard, the people you work with emulate what you’re doing,” says Bill Gerhardt, president and founder of the company, which came in at No. 140 on the 2021 LM150 list, with $15.1 million in 2020 annual revenue. “I’ve seen companies where a bad culture will transfer down, but you have to be a leader and show that you’re an honest person, that you respect them and that you’re a hard worker.”

Gerhardt lays out the additional pillars that have helped the company maintain a strong culture throughout its four-plus decades in business.

A landscape architect by trade, Gerhardt said he struggled at first with the business side, especially as his company started to scale up by performing design and installation work for apartments and hotels.

“I thought I knew it all, but the longer I was in it, I realized I didn’t know anything,” Gerhardt says, chuckling. “I started hiring consultants, and they taught us a lot. Open book management was a big part of it. You sit down and share the company goals and sales goals every year with all the company.”

The other part of it, Gerhardt says, was developing a budget in his third or fourth year of the business.

“A lot of companies, smaller companies especially, don’t budget, and I think that they’re missing the point of business,” Gerhardt says. “That really helped us so I could share that information with people, and it also gave us goals as a company.”

To determine if the company has hit its goals, GreenScapes measures proposals and sales, time spent getting out of the gate every morning and time spent on the job sites. Every week, crews get a graded score if they got out of the gate on time and if they hit the designated time to be spent at job sites.

To be efficient in hitting the road early, the company preloads all the trucks with the help of a nursery team who comes in to load plants and materials at 5 a.m. When the rest of the employees come in for the day, design/ build crews have 20 minutes to load and get out of the gate and landscape maintenance crews have 15 minutes.

“Columbus is a decent-sized town, but it’s not Los Angeles, where you can have an hour or two driving time,” Gerhardt says. “That 85 percent is key because those are billable hours, and so many people lose that.”

When the company first started measuring time spent on job sites in the mid-1980s, 60 percent of crews’ time was spent on the sites.

“(At that time), the guys were loading their trucks in the morning. They would come in, have to load all of the plants and wait for loaders to load, and they probably left here at 10 a.m., and they were tired already,” Gerhardt says. “Eighty-five percent is pretty aggressive, but we found it could be reached. In our industry, the longer days are a lot more productive because you’re on the site more. We do a lot of lengthy construction where the crews typically go out to the site, and they’re there all day.”

Early on in GreenScapes’ history, the company started a profit-sharing program, which evolved into a 401(k) plan, where the company matches 50 percent of employees’ contributions up to 6 percent of their total yearly wages.

About five years ago, when involvement in the program was down, GreenScapes made participation mandatory unless employees opt out.

Moving forward, GreenScapes strives to increase the recurring landscape maintenance and snow removal side of the business. “We’d like to get that up to about 50 percent,” Gerhardt says.

“Right now, it’s about 25 percent. That’s all so we can stabilize the income when the construction side is down.”

“We found people were not opting in because they didn’t understand it, didn’t want to take the time or were intimidated,” Gerhardt says. “Now, employees have to opt out. We’ve got some young guys who already have some savings for retirement. That makes me feel good.”

As of last year, the company was approaching close to $3.5 million in the 401(k) account, Gerhardt says.

“I would never have thought it would get that big, but that’s satisfying to me as I look at the next venture for myself,” Gerhardt says, noting that last year, he created an employee stock ownership plan (ESOP). “It’s a leveraged ESOP, and the company is paying me for the value. The employees are not contributing anything other than their time and effort to make it profitable.”

Gerhardt landed on the plan after he received offers from people around the country to buy the company. Ultimately, he determined it wouldn’t be a good deal for employees.

“It was a matter of different cultures trying to buy us, and most of them were just interested in the maintenance dollars and maintenance accounts, and they would have probably let go of most of the administrative people here because they would’ve (operated) out of a different city.”

In addition to putting money aside for their future, employees also reap the benefits of more immediate rewards in the form of GreenScapes Bucks, imitation money in $5 and $10 bills that employees earn for hitting goals and receiving recognition from clients on a job well done. For example, if crews achieve the 15- or 20-minute out-of-gate goal at least four out of five days in a week, they get $5 for each crew member. If they hit the goal all five days, they get $10. Employees can use the GreenScapes Bucks to get plant materials from the nursery or mulch or to buy boots.

“GreenScapes Bucks reward that employee who is winning,” Gerhardt says. “The pressure to perform is there without us calling them out. We learned from a consultant that praise is public, and punishment is private, so it’s effective when we’re in a room of all their peers giving out recognition to those who hit the company goals.”

“We’ve found that the best recruits are referrals from our employees,” Gerhardt says. “That has worked better than the online ads, signage and all the other things we have tried. People wouldn’t refer their friends if we had a bad culture here.”

GreenScapes relies on standardized systems for almost everything.

“We were one of the first companies in my area that started renting uniforms,” Gerhardt says. “That made a difference in our image. We needed to be professional if we were going to be taken seriously as a business. It was a no-brainer when you’re a young business. I think the guys appreciate not coming home with dirty workwear.”

To manage more complicated aspects of the business, GreenScapes has developed paperwork and processes for training, tools lists, how jobs are sold, what plans look like, the development of contracts and more. New employees go through a daylong orientation and receive a manual that covers responsibilities and benefits.

GreenScapes’ efforts have not gone unnoticed by employees. Gerhardt says the culture has helped with retention: 25 percent of employees have been with the company 10 years or more.

“That’s a lot for this industry,” Gerhardt says. “Some of them have been with me for 30 years. It’s very much a family in that respect.”